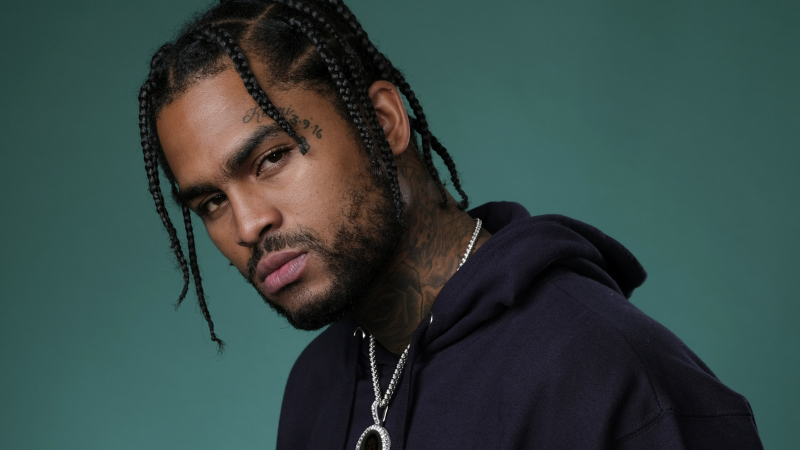 Dave East net worth is approximately $4 million as of 2022.

Dave East, whose real name is David Lawrence Brewster Jr.is a multi-talented young American rapper, songwriter, and actor. Dave is counted among the most popular and well-known rappers. He is one of the most heard artists in America, and his mixtapes are very popular. He gained fame and attention from his mixtapes.

His lyrics mainly consist of dark stories and street life, that is why a new generation likes his tracks very much.

It was the start of 2014 when he started getting attention right after releasing his mixtape, Black Rose. It was his 8th mixtape and most famous one. This mixtape was released under Nas’ record label. They are both fellow rappers signed under the record label Mass Appeal Records.

He released a lot of mixtapes and grabbed the attention of a vast audience, due to which most of his mixtapes have remarkable success.

Dave East’s real name is David Lawrence Brewster Jr. He was born on  June 3, 1988, and his birthplace is New York City, USA, he spent his childhood and grew up in Harlem East. He lived here with his mother. East also lived in Queensbridge with his aunt in his teenage years.

Dave East belongs to a Bajan, Louisiana Creole, and Dominican ancestry. East was a basketball and football player since high school. He was outstanding in these games.

There is no information revealed about his parents, but he has four brothers. Dave East brothers’ names are Israel, Keenon, Amari, and Tre’ Ques.

Before getting imprisoned, East’s career was basketball, but after that, he switched to a music career. He has been interested in music since childhood, and he also got some skills in rapping.

The beginning of his music career is when he was in jail and there he decided to pursue this career. He introduced his first mixtape named Change Of Plans in 2010. This mixtape earned him the recognition that was not enough for him. East released his mixtapes one by one to get more attention and fame, including American Greed, Don’t Sleep, Insomnia, and No Regrets.

These mixtapes showed his passion for his music career. But it still didn’t work. So to grow his music career and support his mixtapes, he started selling drugs in Harlem. After earning some amount, he dropped Gemini, his 6th mixtape.

His fame started in 2016 when famous rappers like Nas noticed him. It all began in 2014 when Nas saw his work and tried to contact him. Luckily East was a friend of Nas’ brother Jungle, a rapper. Jungle introduced East with Nas. After that, Nas made a deal in which he signed East for his new record label Mass Appeal Records. East was signed along with Bishop Nehru, Fashawn, Boldy James, and Run The Jewels.

Under this label, East made his 7th mixtape Black Rose, which started his recognition among the audience.

Hate Me Now was the 8th mixtape of Dave East, released in 2015. This mixtape earned him a lot of fame that he was noticed by very well respected and famous MC Pusha T, Nas and The Lox, Jadakiss, and Styles P.

East made a contract with Def Jam Recordings on September 29, 2016, and the other day he dropped Kairi Chanel his mixtape, which hit # 38 on Billboard 200. This mixtape collaborated with Fabolous, The Game, The Diplomats; Cameron, Beanie Sigel, and 2 Chainz.

East also worked as an actor. He started his acting career in 2017 when he acted in a BET Series named Being Mary Jane. He also appeared in advertisements like Puma’s Tsugi Shinsei ad. East is also featured in Trina’s music video; It Ain’t Me.

East played a supporting role as Mister Ford in the Netflix movie Beast. Due to his tremendous acting skills, he also appeared in a Hulu Series named Wu-Tang: An American Saga in 2019. In this series, he played the role of Method Man, which was a regular act. He also acted in the BOOGIE film in 2021.

In short, East is having a successful career as both rapper and actor.

Dave East’s girlfriend’s name is Millie Colon, whom he met in 2015.

They both have a healthy relationship, and they are together for a long time. The couple has two daughters. Dave East’s daughter’s names are Kairi Chanel, born in 2016, and Kobi, born in 2020.

Dave East also has a relationship with Kehlani whom he dated from 2017 to 2018, later they broke up for some unknown reasons.

1: East converted to Islam when he was in jail, and he also once mentioned that his life had been changed since he became Muslim. He said that his life got better after that.

2: In his teenage, East was a member of a Crips gang. He was a part of a subset group. The name of this group was Rollin’ 30s Harlem Crips.

5: He is inspired by Snoop Dogg, Tupac, and Nas.

7: While studying at Towson University, East was a player of the basketball team but due to his anger issues he had a feud with the coach, and because of this, he was sent to jail.

East is one of the best rappers and he is very famous, so there is no doubt that he is earning a handsome amount of money.

His source of income includes his music and acting career. Sales of his music videos, streaming of his music, sales of his albums, collaboration, and mixtapes are all sources of his income. He also earned a lot of money through acting.

2:How tall is Dave East?

3:What is Dave East net worth?

4:How many brothers does Dave East have?

5:Who is Dave East signed to?