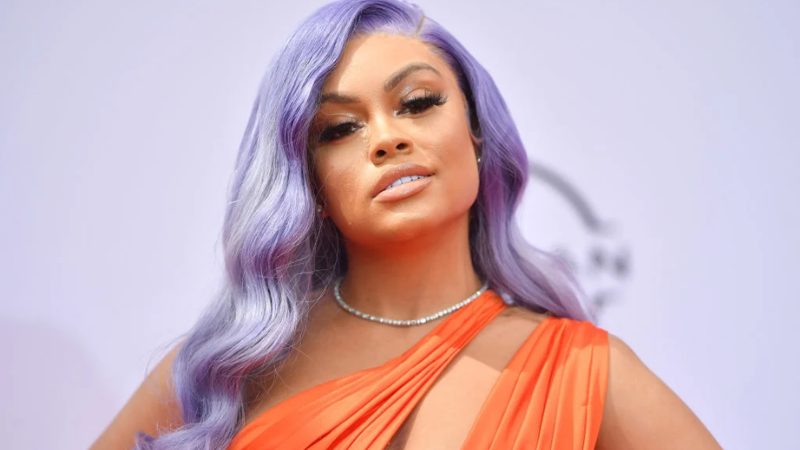 Latto Net Worth: Latto is an American female rapper rising to fame because of her magical voice has a net worth of $2 Million as of 2022. Miss Mulatto and Big Latto are some of her nicknames. She changed her stage name from Miss Mulatto to Latto because it was a derogatory term used in times of slavery in America to describe Black or half-black-half white people. It is still an offensive term. Therefore, she changed it in 2021.

She came to the limelight after winning the reality TV show ‘The rap Game”.

Mulatto’s real name is Alyssa Michelle Stephens. She opted for it because her father is Black, while her mother is White; therefore, her skin is light in color. Because of her skin color, she was picked up by others in high school. This bullying inspired her to adopt Miss Mulatto as her celebrity name. Later in 2021, she changed it to Latto, as it was an offensive term for biracial people.

Mulatto’s ethnicity is biracial, as her father is Afro-American while her mother is Caucasian white and her zodiac sign is Capricorn.

Latto started her career as a rapper in 2016 with the reality show “The Rap Game.” She won the series and many hearts and attracted lots of attention towards her. After winning, she was offered the opportunity to sign a contract with Jermaine Dupri’s label “So So Def Records” as a prize. But she rejected it as the contract was not offering enough money and decided to go independent at that moment.

In February 2016, after the show, Mulatto released her debut single, “No more talking.” The song was a big hit and recorded many views. Getting encouraged by it, she released another single titled “Tough on the Internet.” Viewers also loved this song, and they enjoyed it. Because of her massive success, Mulatto was awarded Youth Hip Hop Award by Georgia Music Awards.

This was a big moment for her, and to celebrate it or share this happiness with her fans, she released her debut mixtape, “Miss Mulatto,” on October 2, 2016.

In April 2017, she released her second mixtape, “Latto Let’ Em Know,” in which she collaborated with Molly Brazy, Lil Key, Crucial, and Silentó. In the same year, she released her extended play, “Time and Pressure.”

In 2019, she released the song “Bitch from the Souf,” which was loved abundantly by the audience and hence trended at number 95 on Billboard Top 100 chart. She released her extended play “Big Latto,” which received an enormously positive response.

Because of the popularity of this song, it was remixed in collaboration with Saweetie and Trina, which featured on her other extended play, “Hit the Latto.”

In March 2020, she signed with RCA Records, then released her promotional song “No Hook,” followed by “He Say She Say.” In 2020, she recreated some songs by rapper Gucci and then released her single “Muwop,” which featured him. She also collaborated with Cardi B’s song “WAP.”

On August 12, 2020, she released her album “Queen of the Souf,” which trended at number 44 on Billboard. It was a significant hit, which sored the rapper’s popularity to new heights. In December, she released its extended version, and its single “Sex Lies” featuring Lil Baby was loved by viewers a lot.

In 2021, she released her single “The Biggest” after changing her celebrity name to Latto. Then, she released another album, “Big Energy.”

On March 25, 2002, she released another album “777.” The album contains the song “Wheelie.” It is trending on various charts and is garnering lots of love and appreciation from viewers.

Mulatto followed in her father’s footsteps of being an entrepreneur and opened her clothing store “Pitstop” in 2017 in Georgia.

Mulatto’s birthday is December 22, 1998, making her 23 at writing. Her birthplace is Columbia, Ohio, US. She moved to Georgia at two and grew up there with her family. In her early years, she trained for drag racing. Along with drag racing, she also grew an interest in music.

Mulatto started writing lyrics at 10. Her parents encouraged her to follow her passion. She decided to participate in a singing competition. At 18, she participated in “The Rap Game,” a reality TV show, and merged as the winner.

Latto gained her primary education from a local school in her hometown. Later, she went to Lovejoy High School. After completing high school, Mulatto didn’t pursue further education because she wanted to pursue her career in the musical field.

Mulatto’s father is Shayne Pitts, an entrepreneur, while her mother is Misti Pitts, a housewife. She loves her parents a lot and gives them credit for her success, as they encouraged her to follow her dreams and come this far.

Mulatto’s sisters are Kay and Brooklyn. She shares a dynamic relationship with them and loves to spend time with them.

Mulatto’s boyfriend’s name is unknown. She has been in an intimate relationship hidden from prying eyes for two years. Therefore, any information regarding them is not in the records. But a chat she once shared shows how much her boyfriend is supportive and how he always motivates her to move forward without looking back.

Mulatto was also rumored to be with Key Glock, but she denied it humbly. She was also speculated to be on vacation with 21 Savage and dating Bandit Gang Marco. But these speculations remained as mere rumors as there was no evidence to prove them.

Latto is living a luxurious lifestyle. She owns a great house. Besides her interest in accumulating properties, she is also fond of cars. She owns Range Rover and Mercedes in her costly car collection.

Latto net worth in 2022 is $2 Million. Her primary source of income is her rapping career. She earns tremendously through selling her songs, albums, and extended plays. She also earns significantly through working for other labels. Her clothing brand is another source of her earnings. The other sources of making money are brand endorsements and sponsorships.

Mulatto makes approximately $500,000 annually through different sources which are shared above.

How much is Mulatto worth?

How much does Mulatto make annually?

How old is Mulatto?

How tall is Mulatto?

Where is Miss Mulatto from?

Mulatto was born in Columbia, Ohio but raised in Atlanta, Georgia.

Who is Mulatto signed to?

Mulatto is signed to RCA Records.